May Half Term at Warwick Castle 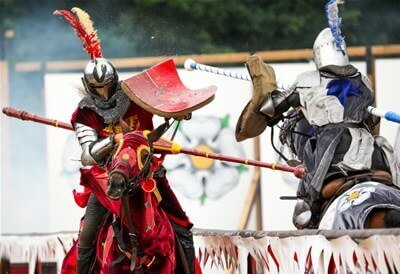 The critically acclaimed show, Wars of the Roses Live returns with even more stunts, tricks and dates.

It’s 1455 and the House of Lancaster holds the English throne. King Henry VI’s crown is challenged by the House of York. The rival houses clash in battle and the bloody war that ensues was to last over 30 years.

Marvel as the legendary Wars of the Roses unfolds before you during an epic live action show at Warwick Castle. Experience a spectacle never before seen in the UK, complete with perilous stunt riders, fearless jousting and state of the art special effects!